Banker, businessman and entrepreneur Jorge Brito, 68, was killed in a helicopter crash in Salta on Friday.

His pilot is also believed to have lost his life in the tragedy,

According to first reports, the accident was the result of running into a zip line owned by the tourist company Salta Rafting near the Cabra Corral dike.

The banker, of Banco Macro fame but whose business instincts extended beyond the financial sector to include agricultural, real estate and energy interests (with much of his farmland located in Salta Province), was reportedly up north to check up on his properties in the vicinity of Joaquín V. González, where he was headed in his grey Eurocopter AS 350 Ecureuil, following a long lunch with Salta Governor Gustavo Sáenz.

"Jorge Brito was an airplane and helicopter pilot and in the flight plan he was listed as the commander of the aircraft. The pilot who accompanied him also died," Salta's Security Minister Juan Manuel Pulleiro explained to the C5N TV news channel.

According to the police reports the helicopter burst into flames upon crashing near Kilometre 34 of Route 47. Early reports also said that Brito was flying the helicopter himself instead of his highly experienced pilot, a longstanding employee of his, and lost control once the craft became entangled in the Salta Rafting rappel.

"In an area with a lot of rafting and zip-line activity, the helicopter was about 50 metres above the river, they were flying low and the zip-ine cable was swept away," explained the minister.

A photograph of the helicopter’s crumpled wreckage was published the El Tribuno newspaper on Friday evening.

According to the police reports the helicopter burst into flames upon crashing near Kilometre 34 of Route 47. Early reports also said that Brito was flying the helicopter himself instead of his highly experience pilot, a longstanding employee of his, and lost control once the craft became entangled in the Salta Rafting rappel.

"We receive with deep regret the news of the death of the banker Jorge Brito," Tucumán Province Governor Juan Manzur.

Nine out of ten urban homes in Argentina have Internet access

Manzur remarked that the banker "knew how to transform Banco Macro into one of the main financial entities in the country that always collaborated with Tucumán as the province's financial agent." 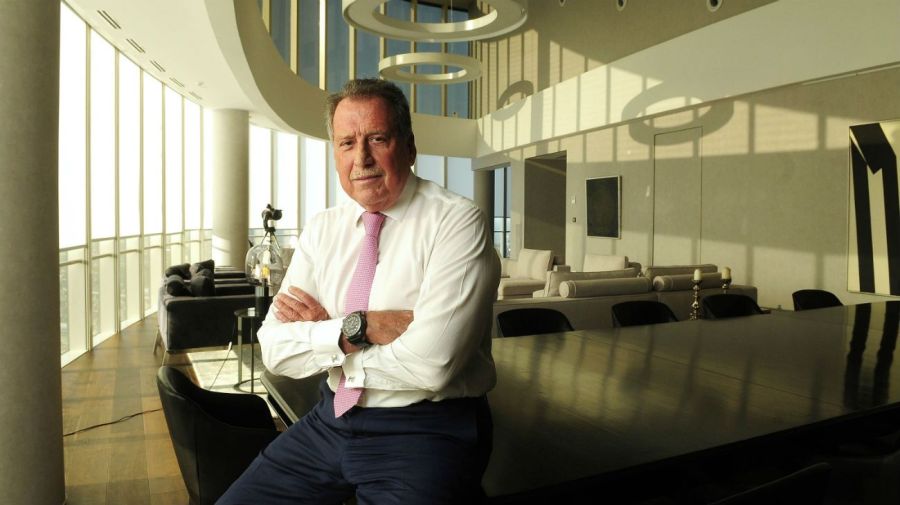 A banker throughout the period since the return of democracy in 1983, Jorge Horacio Brito was notorious for a generally cosy relationship with the Peronist governments dominating the last three decades but this did not prevent him from thinking like a banker.

“We need a strong currency,” he often said. But he was always flexible, saying that “take it or leave it” attitudes were "not reasonable.”

Brito started his career in the 1970s with a US$5,000 loan from his mother, before taking advantage of political ties with governors from northern provinces to become the financial agent for their treasuries. He founded Macro as a financial company in 1977 during the military dictatorship which smiled on the sector, transforming it into a bank in 1988 and then heading it for fully three decades before retiring in 2018.

For long years he was president of the Asociación de Bancos Argentinos (ADEBA), which defended the interests of domestic banks against the international banks grouped in ABRA until the two associations merged around the turn of the century.

Identified by many outlets as the country's most influential banker, Brito was the 10th highest-ranking Argentine on the Forbes billionaires list, with an estimated wealth of US$1.5 billion.

In October 2017, Brito was worth about US$1.9 billion, according to the Bloomberg, but his fortune slid to US$465 million after the market euphoria caused by former president's Mauricio Macri’s election faded. His most valuable asset was the near 20 percent stake in Banco Macro, Argentina’s third-largest bank without state participation.

He remained chairman of the bank and had a controlling holding in beef company Inversora Juramento, as well as a majority stake in renewables energy company Genneia SA.

He was married to Marcela Carballo and had six children and 12 grandchildren.