Members of the Anglo-Argentine community came together for a moving service on Thursday to mark the passing of Queen Elizabeth II.

The bilingual commemoration service, which took place at the St. John the Baptist Anglican Cathedral in Buenos Aires, celebrated the life of Her Majesty Queen Elizabeth II.

Among those gathering to mark the life of the British monarch were British Ambassador in Argentina Kirsty Hayes, Defence Attaché Major Ben Watson and other Embassy staff.

Bishop Williams from the Anglican Diocese and Minister Robertson from the Presbyterian Church conducted the service where 'God Save the King' was sung by all those present, surely for the very first time.

At the end of this very moving service 'Amazing Grace' was played by a bagpiper accompanied by the organ, and so the Cathedral was once again witness to a historic event in the long-lasting relation between Argentina and the United Kingdom. 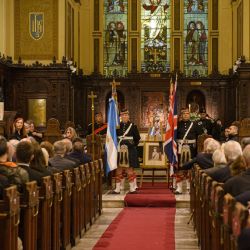 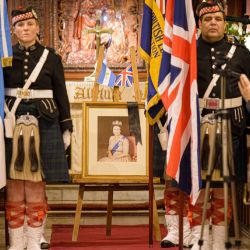 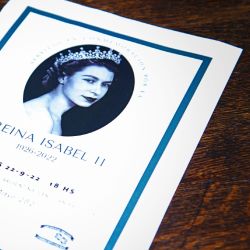