The impeccably white Palais de Glace in Buenos Aires is a national historic monument that once housed the country's fine art museum. But these days it looks like a giant candy cane.

The building's walls were painted in brightly coloured stripes and wrapped in neon lights by French artist Bertrand Ivanoff as part of the recent opening of the South American biennale, Bienalsur. The contemporary art fair seeks to draw in new audiences by giving artists free range to experiment and showcase works that break the mould.

Established biennales like Venice are run by one curator who chooses a common theme. At Bienalsur, the themes are wide ranging — from humanity's relation with nature to borders and immigration. And the fair extends beyond one geographic location. Buenos Aires is the biennale's ground zero but 379 artworks are being exhibited from September to December in museums, cultural centres and public spaces in more than 30 cities and 16 countries.

"Today's art is a prisoner of big players - a group of 20 galleries and 20 curators who decide," said Marlise Ilhesca, Bienalsur's international adviser. "This is the first time that artists are free to propose themes, situations and spaces."

What we learned this week: January 9 to 16

One of Bienalsur's themes is the link between art and social action.

Iranian photographer Reza Deghati, whose images have appeared on the cover of National Geographic, taught a three-month workshop to children in one of the capital’s most dangerous slums. His students captured images of their daily lives that are now on display in a major public square.

The fallacy of 'deplatforming' Donald Trump

Deghati said he hopes the workshop helps other residents of Buenos Aires learn about the realities of children living in slums and foster inclusion.

"You fear what you don't know," he said. "That's what creates isolation."

Too cool for school, or too hot?

Art on the Borders displays works in areas that are disputed by neighbouring countries, such as Chile and Peru or Colombia and Venezuela.
Focusing on the concept of time, local artist Marie Orensanz nailed 12 watch needles of different sizes at a Buenos Aires park; Brazil's Regina Silveira painted large black hands on a building inside the Parque de la Memoria, which is dedicated to people who were forcibly disappeared during Argentina's 1976-1983 dictatorship; and Portugal's Pedro Cabrita Reis installed a huge neon beam on the steps of the neo-classical building that houses the law faculty of the University of Buenos Aires (UBA).

Bienalsur also rebelled against the "don't touch the art" concept of museums and exhibits. Take me, I'm yours by France's Christian Boltanski and Germany's Hans Ulrich Olbrist, exhibits things from daily life that visitors to the Buenos Aires Museum of Decorative Art can not only touch, but take home.

Brazilian artist Eduardo Srur wants to raise awareness about pollution by placing two giant floating bottles on the Riachuelo, a river in Argentina's capital that is so polluted it was once named one of the world's 10 dirtiest places.

Government set to authorise re-opening of the cinemas

Ilhesca describe the biennale as an exercise in changing the rules of art.

"When artists step out of the pigeonholes of the market, or the elite of curators, they can surprise the world," she said.

Tolerant Uruguay a place for some trans citizens to 'glow'

How to hunt down a hate group on the Internet 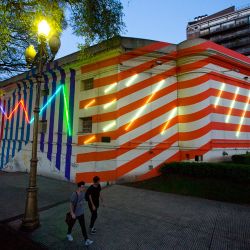 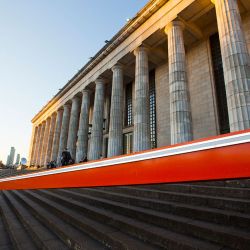 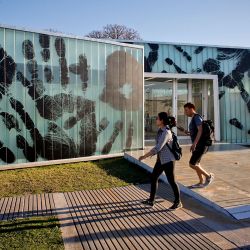 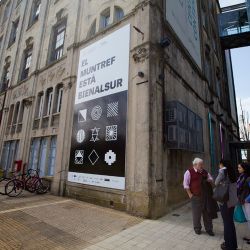 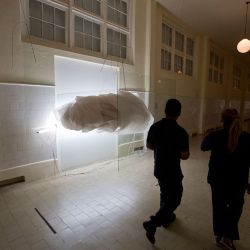 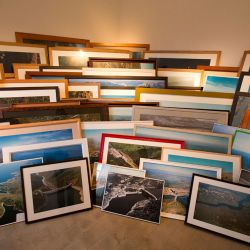 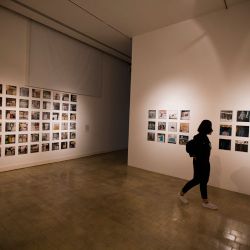