In the Roman Catholic Church, they can no longer ignore the elephant in the room.

Growing public awareness of sex abuse offences committed by members of the clergy – in part aided by bombshell cases that have revealed scandalous attempts to cover-up the crimes and critically acclaimed movies addressing the topic, such as Spotlight – is piling pressure on the Church’s leaders, forcing them to act.

Yet experts consulted by the Times warn that some inside the Church remain resistant to change and that many abuse cases still go unreported.

Both the Vatican and locally, the Argentine Synod (Argentine Catholic Episcopal conference), have said they are taking steps to combat the rape and molestation of victims by members of the clergy, forming commissions to create policies on how to investigate these cases, protect minors and future potential victims.

The leader of the Church, Pope Francis, has promised zero tolerance and tried to push the institution toward enacting policies that would be much stricter on suspects. But both locally and abroad, the scandals continue to pop up.

The most recent local case went to trial yesterday. Three years ago, Juan José Urrutia, a priest in the Patagonian province of Rio Negro, was accused of abusing a 14-year-old girl back in 2010.

And that comes just two weeks after another case came to light when a 35-yearold woman in Tucumán province ran to a police station to allege she had been sexually assaulted by a priest after allegedly telling him she no longer wanted to work in the parish.

These cases are just two from a growing list of 62 priests, nuns, bishops and other local religious officials who have been accused of sex abuse offences since 2002 in Argentina, according to a survey carried out by the Télam news agency published in May. Adding in cases since May, the number rises to 66.

Neither the national government nor the Catholic Church have any official statistics measuring how many priests or nuns have been accused of wrongdoing, nor how many victims of clerical sex abuse exist.

Some experts warn that these preliminary estimates are just the tip of the iceberg.

SCANDALS AND VICTIMS. “We are contacted daily about new sex abuses cases,” Carlos Lombardi, a lawyer who represents Argentine victims of clerical sex abuse, told the Times. “But the Catholic Church has a consistent pattern of not providing information that is requested by the abused victims.”

For decades, Lombardi explained, common practice for the ecclesiastical authorities  when faced with accusations was to transfer the suspect to another diocese. Often, suspects were sent overseas, far away from where they were accused of carrying out their crimes.

A prime example of this is the infamous Instituto Próvolo sexabuse case in Mendoza province, a scandal that shocked the nation when the story broke out last year and led to the arrest of 82-year-old Italian priest Nicolás Corradi, 55-year-old priest Horacio Corbata and 42-yearold nun Kusaka Kumiko. The trio, along with two others, faced accusations relating to the sexual abuse of dozens of minors at the institute, a school for children with hearing disabilities. It is believed that as many as 60 children, many of whom were deaf and in some cases mute, may have been abused.

The scandal shone a light on the Church’s failure to deal with allegations facing members of its clergy. Although a letter had been sent in 2014 to the Bishop of Verona, Italy – with a copy reportedly sent to Pope Francis – warning them about previous allegations against Corradi and other priests who were accused of sex abuse at the Instituto Próvolo in Verona, no (apparent) action was taken. The letter was later submitted by Lombardi as evidence to the judicial authorities in the ongoing case investigating the Institute Próvolo based in Lujan de Cuyo.

The transfer of priests suspected of sex abuse between dioceses in different nations was for some an open secret, though few members of the Church have publicly admitted being aware of the practice.

Italian journalist Sacha Biazzo shed more light on the case last February, when he snuck into a nursing home in Negrar, Italy, and was able to videotape a conversation with an octogenarian retired priest named Eligio Piccoli who had worked in the Instituto Próvolo in Verona.

Piccoli’s admission that he had participating in sex abuse and explanations of how the Church handled such cases caused shockwaves across the Atlantic.

"Piccoli told me that it was very common to send priests to Argentina,” Biazzo told the Times from Italy via telephone. “The first thing that happens when a priest is accused is that they move them to another city. For example, with regards to the Instituto Próvolo there were many priests who were moved from Verona to Rome and other cities. But when you want to completely hide the accused you move them to another country, for example, Argentina. If a priest is in Argentina it’s very difficult for the them to be prosecuted.”

Pope Francis, in a landmark acknowledgement last month, recognised the “ancient practice of moving people around, [of not] standing up to the problem,” claiming that the “consciences” of Church leaders had been “numbed a little bit,” during a speech given to the Pontifical Commission for the Protection of Minors and their families last month.

The commission, which was set up by Pope Francis in 2014, has ran into troubles. After being criticised for not including enough voices of the abused, one of the only two victims on the council, Marie Collins, resigned amid frustration in 2017, while the other, Peter Saunders, took a year of absence last year in protest at the lack of progress being made.

In his speech last month, Francis asserted that times have changed.

“When consciousness arrives late, the means to resolve the problems also arrives late,” he said. “I am aware of this difficulty but it is reality and I say it plainly: we are arriving late [to the problem].”

The Argentine pontiff also spoke of his own previous mistakes, admitting that he had once imposed a lenient Catholic sentence on an Italian priest, Mauro Inzoli, who subsequently reoffended.

“I was new [to my position] and I didn’t understand these things well. With two choices I chose the more benevolent one,” he said. “It was the only time I did it, and never again.”

During the speech, the Pope promised that he would never sign a pardon for any member of the clergy who had been convicted of sexual abuse offences and that from now on, priests found guilty in the first instance by an ecclesiastical court would no longer be able to appeal.

“If an abuse of a minor is proven, it is sufficient and there should be no recourse. If the proof is there, period. It’s definitive,” he said.

SENTENCES AND STATUES. Perhaps the Argentine judicial and ecclesiastical authorities are starting to take note. In an unprecedented case last month (September 6), Juan Diego Escobar Gaviria, a Colombian priest who was based in Argentina, was sentenced to a 25-year prison sentence for sexually abusing four children who assisted at his parish in Nogoyá, Entre Ríos province.

Still, cases like Gaviria are far from the norm. Of the 66 individuals that have been accused of sex abuse crimes, only nine have been convicted, according to the Télam study.

The news agency’s tally takes 2002 as its starting point, a reference to the so-called ‘Grassi case,’ which had a domino effect, bringing more allegations to light. That case refers to allegations against Father Julio César Grassi, a priest who was accused of sexually abusing a child through his Happy Children (“Felices Los Niños”) foundation. Grassi was eventually convicted and handed a 15-year prison sentence in 2009. But despite his conviction, he has never been defrocked.

Since then, an estimated four new accusations against members of the clergy have come to light each year, with the majority of alleged crimes having taken place in Buenos Aires province, followed by Mendoza province.

Experts say one of the major problems in prosecuting such crimes is that the statute of limitations in federal courts can run out, as it can take years for victims who were abused when they were children to come to terms with what happened and to build the courage to denounce the crimes that were committed against them. Victims often are left with no other recourse than to denounce the perpetrators of the crimes in the ecclesiastical courts.

But growing public awareness about sex abuse in the Catholic Church is starting to change this, leading to the formation of survivors’ networks like SNAP (Survivors of those Abused by Priests) in the United States, which was one of the first groups of its kind in the world. The organisation was a strong influence on the creation of Argentina’s Network for Survivors of Ecclesiastical Abuse (Red para sobrevivientes de abuso ecclesiastical) which was founded two years ago.

‘IMPUNITY’. A founding member of the group, Julieta Añazco, explained to the Times this week how victims of clerical sex abuse, many of whom felt as if they had nowhere to turn to, began to gather together, so they would no longer feel so alone.

“What we are asking for is that they [perpetrators of the crimes] turn themselves in. Those who have abused children or others should no longer be in contact with children,” she said. “Every time that they begin a canonical process for example, they don’t invite us to participate in the process. We don’t see how they judge them, they investigate behind close doors, and they try to use a lawyer from the Church to represent us, they don’t permit us to have our own representative.”

Locally, the Argentine Synod has sought to remedy the situation by following the Vatican’s line: in May, it formed the Pastoral Council for the Protection of Minors and Vulnerable Adults. Amongst new measures being discussed is the training of bishops, making it obligatory that any member of the clergy or religious official is checked for any previous infractions that would impede them from working with minors or vulnerable adults, before being transferred to another new dioceses. They have also proposed a review of all the cases involving members of the clergy or members of the Catholic Church who have been accused or previously convicted in either the criminal or ecclesiastical courts. Some inside the Church believe a page has been turned.

“Nowadays, it’s impossible that these cases are treated like they were in the past. When there is a complaint, the priest is immediately removed from his position, an investigation is started and then it [the details] is sent to Rome, where they are judged,” Bishop Sergio Buenanueva, who leads the Pastoral Council for the Protection of Minors and Vulnerable Adults told the Times this week.

Buenanueva emphasised however that despite the progress being made, there is still a lot of internal resistance within the Church, explaining that it is often difficult to change the mindset of certain unnamed sectors. But he was sure there is no turning back, saying the Church is ready to tackle the problem finally.

“Our momentum toward change is irreversible, the reforms being put into effect by the Pope will continue to go in that direction,” Buenanueva declared.

Others are not so sure. For some, until the victims of abuse can fully participate in open, public investigations with ecclesiastical trials no longer held close doors, there will be no true justice or redemption.

“For us, it’s a lack of respect [they show] when they judge [the perpetrators] between themselves,” said Añazco. “The system they have is very organised, so they can continue with impunity.” 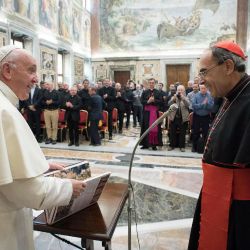 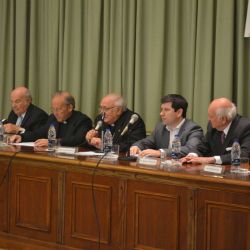 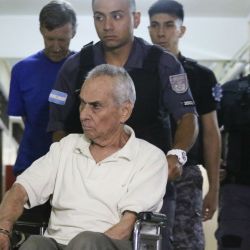 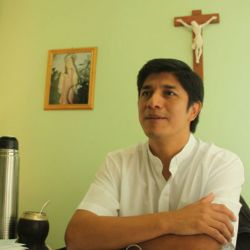